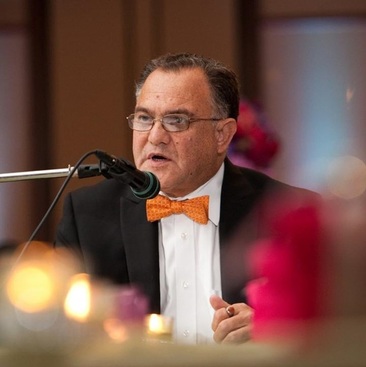 “The most outspoken and independent thinker in the Afghan-American community,” Dr. Farid Younos received his Doctorate degree in International and Multicultural Education from the University of San Francisco and, in addition to becoming a television personality and celebrity who, with his controversial and novel ideas attracted millions of viewers in the Afghan community worldwide, as an advocate of women rights. After the September 11th, Dr. Younos has responded by educating others about Islam and politics of Afghanistan.
He has been interviewed by major newspapers including New York Times, Los Angeles Times, Washington Post, San Francisco Chronicle, San Jose Mercury News, Associated Press and radios such as, voice of America, Freedom Radio (Prague), CNN, KQED/NPR on Forum with Micheal Krasny , Pacific Radio (KPFA) and many other local and national media concerning Afghanistan and politics of the region.
The University of San Francisco magazine calls him, “A prominent voice in the Bay Area of northern California.” Dr Younos co-authored “Asia in the San Francisco Bay Area,” an Asia Society publication. Written, Gender Equality in Islam, published by 1st Books Library, 2002, Democratic Imperialism: Democratization vs. Islamization, 2008, Principles of Islamic Sociology, 2011, Islamic Culture: A Study of Cultural Anthropology, 2013, and his new book Principles of Islamic Psychology, 2017. Dr. Qayoumi, the former president of San Jose State University calls him, a “Passionate Professor and sagacious scholar.”
Dr Younos is the founder of Afghan Domestic Violence Prevention, associated with Afghan Coalition. He is awarded “Peace at Home” Award, California Senate 2002 and the Rollie Mullen Award from Stand! Against Domestic Violence, 2003. He was awarded and recognized as the Best Social and Religious anchorman at NOOR TV, 2008. At the International Islamic Conference of Peace and Justice in Dublin, Ireland, Dr Younos was awarded the Distinguished Ambassador of Islam and visionary of Peace Award, 2010. In January of 2011, The Afghan community in Edmonton, Canada, awarded Dr Younos with the trophy of “Lighting the way for the Afghan Diaspora.”
Dr Younos has been invited and sponsored numerous times by Afghans and Americans in Europe, Canada as well as in the US to speak about Islam and Afghanistan and the Middle East. It was June of 2010 that he submitted his peace plan for Afghanistan to the US Congress, and he was called by the Congressman Denis Kucinich (D) of Ohio for a Congressional briefing where he proposed and promoted for the first time in that institution an Islamic democratic political system for Afghanistan.
2008-2009, academic year he was honored to have his students nominate him for the university’s “Outstanding Professor Award,” at California State University East Bay where he taught sociology, human development theories, methodology of research, Farsi language, cultural anthropology of the Middle East and Islamic philosophy at the College of Literature, Art and Social Sciences. He retired in 2017. Dr Younos lives in the United States since November 1979.

Dr. Farid Younos. ''The most outspoken and independent thinker in the Afghan-American community.''